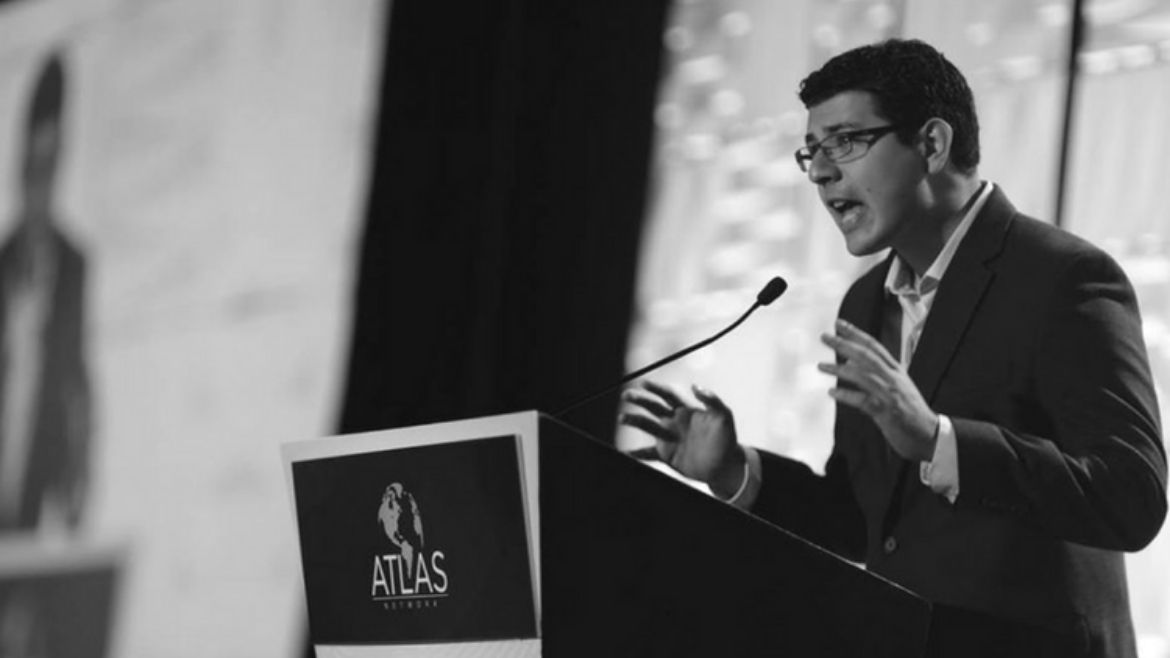 In a political system with weak checks and balances, citizen involvement in political activity and debate is key to safeguarding rights. Jorge Colindres, former legal director of the Eléutera Foundation of Honduras, proves that it is possible to produce change from the bottom up.

Colindres led the work of Eléutera, a liberal policy institute, during the analysis and elaboration of proposals and negotiations towards reform of the Tax Code. Most important, his efforts and those of his colleagues garnered successful results. The Atlas Network, which coordinates and supports think tanks around the world, even honored Eléutera with the Miguel Kast Award for Free-Market Solutions to Poverty.

Colindres admits, though, that the tax reform is just the beginning. He now works full-time in the private sector, but he is committed to bringing a fairer legal system for Honduran people.

Most of the economic activity in Honduras is from the informal sector or gray market. Further, more than 60 percent of the population live in poverty. Colindres highlights that heavy-handed and abusive enforcement from the tax-collection agency, which prevailed before the new code, harmed both the victims and the broader economy of the country.

At the end of the Porfirio Lobo Sosa administration (2010-2014), the government introduced new taxes, increased others, and approved legal reforms for more severe tax enforcement. Sanctions for noncompliance — which means most people — were as absurd as charging fines equivalent to 12 months of the minimum wage or disabling the taxpayer’s registration number. Without a valid tax number, businesses could not buy imports or bill clients, so they were hamstrung until they resolved their cases via long and expensive bureaucratic processes.

Between 2014 and 2016, more than 1,400 business halted their operations due to alleged noncompliance of their tax liabilities. Colindres explains that he refers to “alleged noncompliance, because the cases lacked the guarantee of due process” before the punishment of suspended economic activity.

On January 5, 2016, the new government under President Juan Orlando Hernández presented a draft proposal to reform the Tax Code. That document promised to “give all kinds of power to the tax-collection agency, by acquiring the support of the military force,” explains Colindres. “This draft bill would have corrected nothing but would have legalized the situation that we were already living.”

Eléutera received the draft bill before its official publication. Therefore, they were able to publish the first analysis just nine days later. Colindres recalls that his study gained great media coverage and had a profound impact on Honduran public opinion. Therefore, the “government saw itself obliged to initiate negotiations for a new draft.”

Eléutera made 20 specific proposals and shared them with unions, organizations of the private and social sectors, and government officials. Some organizations signed on to give their support for these proposals, and unions presented their own alternatives.

After six months of negotiations “which pitifully occurred behind closed doors,” tells Colindres, “the new draft incorporated 14 proposals from Eléutera.” However, one of the main proposals was to provide mechanisms to defend citizens in application of the law, and this didn’t get consideration.

According to Colindres, the Honduran judiciary has three main shortcomings: (1) administrative procedures are long and expensive, (2) people must pay a fee to access the court, (3) and the sole court for fiscal cases is in Tegucigalpa.

Only one of the incorporated proposals related to these concerns, the fees. People had to pay the total sum of their debts to access a court before the new code. Now the amounts correspond to rates of 5, 10, or 15 percent of their debts.

Consequently, Colindres believes that “it is not useful to add effective elements to the law if there are no mechanisms to ensure its correct application.” He also thinks that access to justice, in Honduras, is still a privilege.

Despite Jorge Colindres no longer working for Eléutera, he remains an advocate for liberalism, and in particular he promotes access to justice. Now he and economist Alejandro Calderón are developing a proposal for the new income-tax law, which the government must reform this year.

In short, he seeks a new legal system to protect the rights of taxpayers and to achieve a flat tax. Further, he believes that incentivizing the active participation of citizens, who are victims of the weakened institutions every day, could improve national governance and the rule of law.