The Scourge of Eminent Domain Seen on the Big Screen 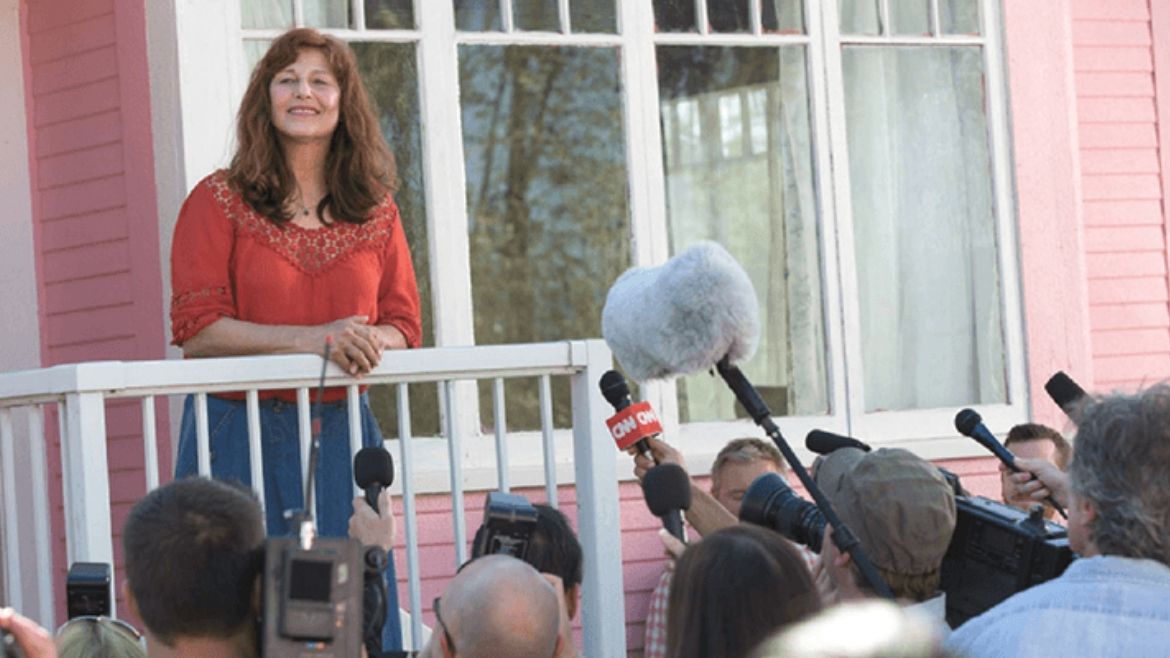 The Scourge of Eminent Domain Seen on the Big Screen

A little pink house that looks over the water in a Connecticut working-class neighborhood and a “not for sale” sign perfectly depict the courage of a woman who fought against all odds to keep her home. City officials decided that a pharmaceutical corporation should have her land.

Little Pink House is a 2017 film based on a true story and adapted from Jeff Benedict’s book Little Pink House: A True Story of Defiance and Courage. It brings the eminent-domain case Kelo v. City of New London to the screen with high-quality production and a script that overlooks no detail.

The movie is an objection to the Supreme Court’s 2005 ruling based on the Fifth Amendment that allows confiscation of private property for “public use.” The court voted 5-4 in favor of a city’s arbitrary plans for economic development over an individual’s property rights.

Directed by Courtney Balaker and starring Catherine Keener and Jeanne Tripplehorn, the film portrays Susette Kelo, the homeowner, as a passionate and defiant leader of her cause and that of neighbors in a similar situation. It also documents in a fascinating manner the roles, practices, and motivations of each party involved.

Kelo had always wanted to live on a river shore with a beautiful view and a peaceful environment, and a little old house up for sale in Fort Trumbull was just right for her. In 1999, seven months after purchasing and restoring the house, a representative of the recently created New London Development Corporation (NLDC) knocked on her door. She told Kelo that the NLDC wanted to buy it for a generous amount with the aim of initiating a project that could bring more “economic development” to the city.

Understandably, Kelo was reluctant to sell her dream home and began a dispute with the NLDC, which turned out to be a front for pharma giant Pfizer in a move to benefit from eminent-domain powers. The film unveils the deals between Pfizer and government officials, as well as the cunning ability of NLDC leader Charlotte Wells to wrap their message in feel-good jargon and lend legitimacy to the project.

“Economic development and social justice go hand in hand,” Wells tells residents in the film, showing how narrow the line between acting on behalf of society or lobbying for interest groups can be.

The Institute for Justice, a nonprofit organization that litigates for liberty causes, decided to support Kelo and her neighbors in their fight against confiscation. They were aware that the City of New London was taking the land of Fort Trumbull for private profit, but they also knew that Pfizer and government officials had the upper hand before the courts.

For that reason, their strategy focused on public awareness, and they asked Kelo to become the public face of the cause. They used her story to attract media attention and spread the message across the country.

Although this story is not one with a happy ending, the Supreme Court’s decision was very controversial, and thousands voiced their opposition. Indeed, the Institute for Justice reported that “five years since the Kelo decision, citizen activists have defeated 44 projects that sought to abuse eminent domain for private development.”

Susette Kelo can no longer fight for her little pink house, but she remains an advocate for the property rights of individuals and small businesses against corporations with deep pockets.

As a proper drama, Little Pink House drives the audience smoothly through the plot, combining romance, action, and intrigue. The cast put on an outstanding performance, particularly Keener, who according to Balaker “perfectly embodies Susette’s spirit and drive.”

Balaker presented the film last year at festivals to wide popular acclaim, winning the Audience Award at the Vail Film Festival. It is an enjoyable movie worth your time, and it leaves the audience with food for thought.

One cannot help but admire how Kelo upheld her beliefs and defied the authorities even though she knew her chances were slim. She was acutely aware of two things: (1) the moral correctness of her cause—property rights and freedom of choice—and (2) that her adversaries were more powerful and would not play fair.

Beginning April, the movie will be screening in theaters across the United States. If your city is not yet on the list, you can submit your own request to screen the movie.

Previous
Utah Once Again Shows the Way to Prosperity
Next
Creative Destruction: The Proof Is in the Pudding

Paz Gómez
April 30, 2018
Previous
Utah Once Again Shows the Way to Prosperity
Next
Creative Destruction: The Proof Is in the Pudding
You might also like
One of the following
April 14, 2022