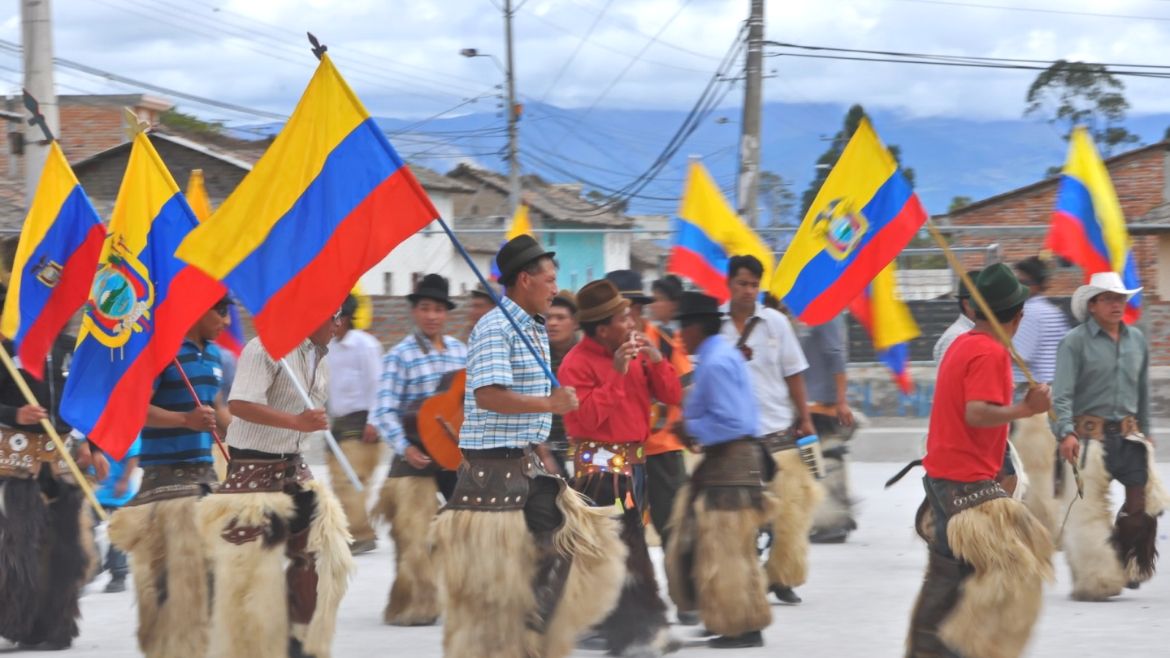 The state's "Tourism for All" campaign targets people with disabilities as potential tourists. (Rinaldo Wurglitsch)

The recent “Tourism for All” public advertising campaign has the stated objective of raising the number of tourists to Ecuador for each inhabitant and making the domestic industry more accessible for the disabled. While charming to the naked eye, it is at best a feel-good spectacle; at worst it is a burden on a fiscally distraught nation and an impediment to much-needed change.

The central government is carrying out three strategies: (1) training courses for hotel owners and staff, after which they will obtain certification; (2) the creation of tourist routes accessible for people with reduced mobility; (3) and a virtual guide, specialized in servicing tourists with disabilities.

It is not the first time that Ecuadorian President Lenin Moreno has adopted the banner of inclusion and focused on disabled individuals in his political activity. In fact, this is a matter of particular interest for him, since he is disabled after being shot during a robbery.

The campaign he carried out as vice president, known as Manuela Espejo, was one of the factors that catapulted him to the presidency. One should emphasize that this was a welfare program of provisions for the disabled, of which we know little about, since it was administered behind the scenes and beyond accountability.

Many people might see it as unthinkable that Lenin Moreno not promote political and social advances in favor of people with disabilities. I would too. I consider it unthinkable that any ruler does not promote social advances in favor of all citizens, equally. However, it is unacceptable to take advantage of political power to generate greater social discrimination and less equality before the law by running programs financed by Ecuadorian taxpayers.

Tourism for All is not the first of its kind, but rather another one of the government’s multi-million-dollar campaigns carried out since 2013. One of them consisted of a video of Ecuadorian landscapes during the 2015 Super Bowl, becoming the first foreign country to advertise during the most viewed sports event of the world.

Ecuadorians have contributed more than $60 million per year to tourism promotion, infrastructure, and personnel training. That began in 2013, when the administration of Rafael Correa sought to make tourism the largest non-oil income source by 2020.

The number of foreign tourists visiting Ecuador has grown 15 percent annually, compared to the average increase of 8 percent prior to 2013. Even those in office, however, are aware that there has not been a clear enough link between taxpayer money spent and outcomes, and Moreno plans to reduce to $36 million the budget for tourism in 2018.

The problem here is that these flashy campaigns distract what really needs to be improved, including underlying problems for tourists and root causes for Ecuador’s underdevelopment.

In particular, we seem to have forgotten insecurity across the nation and the difficulty with which businesses can open and get to work — just slightly related to inclusive and accessible tourism! An environment free of violence, coupled with suitable tourist areas, will result in a good reputation, and consequently, tourism will rise. Similarly, reducing legal and financial barriers to tourism ventures will promote competition and raise the quality of the market.

In other words, the more private tourism initiatives exist, the greater the quality of tourism offered in Ecuador. The businesses will propose various value-adding options, such as facilities accessible to people with disabilities and personnel better trained in customer service, among others. The state should not determine which “less favored” sector receives special attention or what to do to augment the tourism sector.

That role is up to individuals, both as consumers and entrepreneurs. If governments worked to ensure security for their citizens and strengthen the rule of law and institutions, we could save time and money from bread-and-circus public policies.

These measures are ineffective in relation to their goals, since the real failures go unnoticed. Even worse, failures increase and multiply because cronies get used to welfare. They forget their abilities and do not innovate and apply themselves, because there are fewer incentives and more barriers.

It is time for the Ecuadorian government to quit its false image as a protective parent with a big heart, and free the citizens for independence, generating a friendly and accessible context for everyone’s self-fulfillment.

An earlier version of this article first appeared in Libre Razón.

Paz Gómez
November 8, 2017
Previous
The App to Catalyze Next-Generation Recycling in Chile
Next
Canadian Documentary Pokes Holes in Global-Warming Mantra
You might also like
One of the following
April 14, 2022