Why Investment Treaties Came to Naught in Ecuador 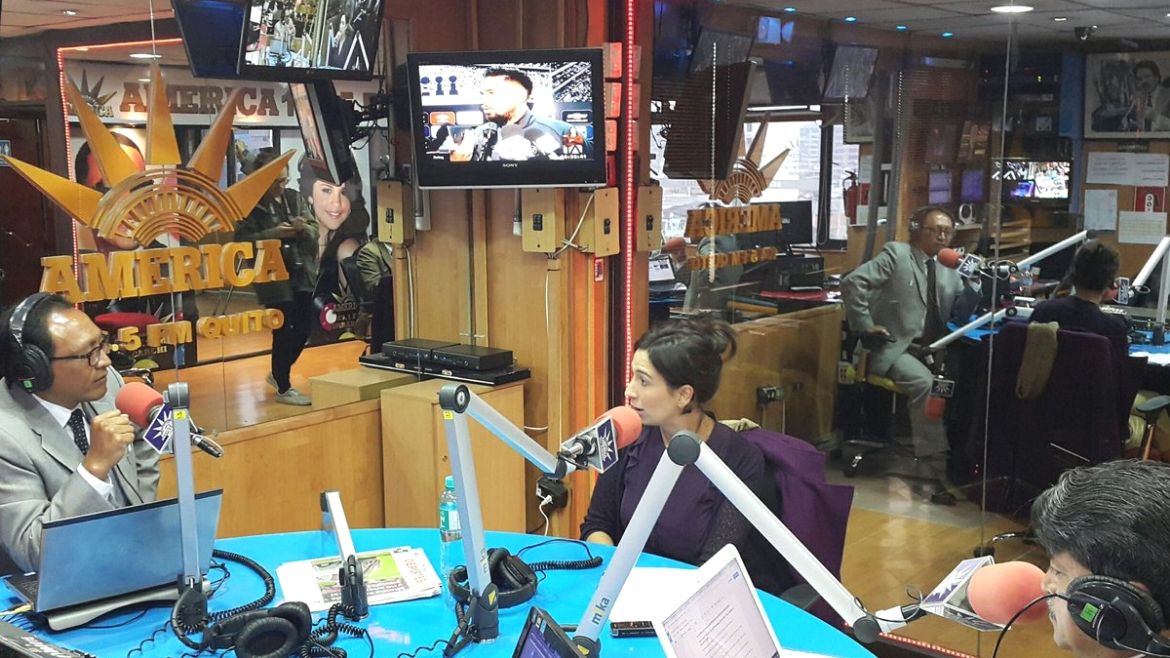 A four-year audit of BITs, commissioned by the Correa administration, recommended renegotiating all of them. Here Cecilia Olivet (right), president of the commission, explains why there was an across-the-board end to treaties with Argentina, Bolivia, Canada, Chile, Italy, Netherlands, Peru, Spain, Switzerland, the United States, and Venezuela. (@patocarvajalg)

Why Investment Treaties Came to Naught in Ecuador

In May, the Ecuadorian National Assembly put an end to all 12 of their bilateral investment treaties, better known as BITs. These treaties sought to protect investors against possible political changes within a state, thereby creating legal certainty for the execution of long-term projects.

The European Union — which recently included Ecuador in its already established trade agreement with Colombia and Peru — has expressed disagreement and surprise over the move, since it involves BITs with European countries. Ecuador’s move, however, did not come out of the blue. In fact, the Andean country abrogated its BIT with Finland in 2010, with the same stated reasons.

The final sweep of eliminations was actually conceived in the legislature a long time ago. The 2008 Constitution, ratified under President Rafael Correa, rejected state participation in international arbitration as a violation of state sovereignty.

Agreements signed before the new constitution carried over, though, and many did contain clauses for dispute resolution with international institutions. Some firms, particularly oil companies such as Burlington, Perenco, and Oxi, filed cases against Ecuador at the International Centre for Settlement of Investment Disputes of the World Bank. The final judgments resulted in billion-dollar payouts of compensation from Ecuadorian taxpayers.

Conclusion of the BITs should not be cause for alarm. Former Minister of Foreign Trade Juan Carlos Cassinelli has explained that the Ecuadorian government will renegotiate investment treaties, but with domestic dispute resolution, rather than simply forgo BITs. Further, the concluded BITs have transition clauses that permit them to work for another five to 12 years to protect the investors, so they have time to accept or walk away from the ruling frameworks of future BITs.

Given considerable fiscal pressure, Ecuadorian citizens and the local and foreign investors expect the new government to improve the foreign policy and investment conditions of the country. There is a grave need to attract capital and generate sufficient tax revenues.

Keep in mind also that the main reason to conclude the BITs was their unconstitutional premise of international arbitration. However, these treaties only relate to contracts with the Ecuadorian state. They do not involve contracts that a foreign enterprise signs with any private entity in Ecuador. Therefore, in the private sector, dispute resolution through alternative methods like national or international arbitration is still possible.

New investors conducting business with the state may not have the protection of BITs, but they can be creative in their contract negotiations. Even if the dispute resolution is domestic, they can include specific clauses that negate potential legal changes before signing anything with the Ecuadorian state.

Guest Author
June 6, 2017
Previous
Build Your Own Audience So You Don’t Need a Publisher
Next
Tratados de inversión eran un gasto más para Ecuador
You might also like
One of the following
April 14, 2022