Progressives Are a Lost Cause 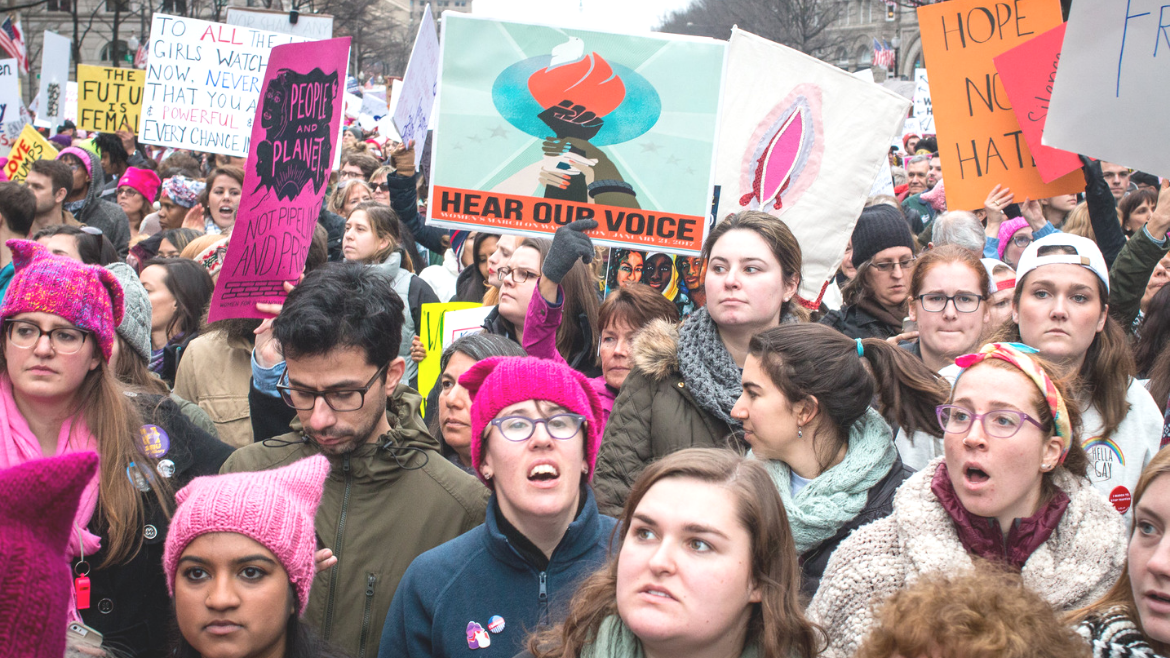 Progressives Are a Lost Cause Tom Woods Makes You Think Twice before Engaging Women's March protesters Social-justice warriors at the Women's March on Washington. (Liz Lemon)

Progressives Are a Lost Cause

Libertarian writer, businessman, and podcast host Tom Woods has just released Sane Space: Libertarian Dispatches from Bizarro America, a collection of essays gleaned from his email newsletters. While Woods’s writing often targets neoconservatives and even other libertarians, this book specifically includes articles that criticize left-wing antics such as political correctness, economic illiteracy, and ideological hypocrisy. With the recent rise of social-justice warriors, leftists have given him plenty of material to work with.

While much of the book contains the sort of commentary that you would get from any libertarian commentator — economic myths, Marxist academics, statist fallacies, etc. — it is when he departs from popular libertarianism that he is most interesting.

Woods disagrees with many popular libertarians who believe that they will succeed by marketing to the left, emphasizing personal freedom issues instead of fundamental principles of liberty.

Leftists and the Libertarian Lite

He criticizes “Libertarian Lite,” people who prioritize legalizing vices over true principles of freedom. “Pot and hookers yes, freedom of association and criticism of World War II no way.”

Woods has a history of covering topics that make the left uncomfortable, such as secession, nullification, and non-interventionism. While these are solidly libertarian concepts, many libertarians would rather avoid discussing them, or do so gingerly, to avoid offending leftists in their quests for converts.

However, Woods doesn’t want to play nice with the left. In fact, he believes that leftists are all but impossible to convert.

But Woods no longer cares what the left think of him, and frankly states that it is not worth it to try to work with them. In the essay titled “Don’t Waste Your Breath Trying to Reason With the Left,” he states that the left is so fundamentally different from libertarians that you will never have mass conversion with them. While there have been occasional exceptions, Woods firmly believes that the left always “has been about one thing: social reconstruction at the point of a gun.”

He cites the left’s support for Barack Obama, who vastly expanded his own executive powers, thereby paving the way for Trump. The left was mostly complacent when it was Obama, but now throws hissy fits about it for Trump. But don’t expect them to regret supporting Obama while he expanded his powers because, as Woods puts it, “the state is their god.”

They aren’t going to suddenly take a principled stance against big government simply because Trump is using it to advance the right-wing agenda. So when you hear the left talk about reigning in executive power or turning to other right-wing ideas such as secession, know that it’s not because they are suddenly turning libertarian, but rather they are trying to further their left-wing policies while ignoring their own hypocrisy.

Woods’s succinct and often humorous writing style, along with vast knowledge of history and political thought, make this book an enjoyable read. These compact little essays engage the mind without overly burdening it. One could get through several essays while riding the bus, or devour the whole thing on a lazy Sunday afternoon, simultaneously feeling entertained and educated.

What Sane Space lacks is cohesive structure and editing. There’s no table of contents or index to allow for easy reference. However, since it’s an e-book, it is possible to search for specific terms so it’s not as much of a problem. Also, as these essays were intended for content marketing of his other services, they often end with a pitch of his homeschooling courses. The reader may find this slightly annoying, but the man does have to earn a living and, considering the book is free, it’s an insignificant drawback.

If you’re like me, you are a casual listener and consumer of Woods’s media, but don’t necessarily subscribe to his newsletter or follow his every word. This collection is a good way to catch up on his thoughts relating to matters of progressive lunacy during the course of the past year.

Previous
Why Ecuadorians Don’t Trust the Election Results
Next
Ana Olema: Startups Are My Art

Guest Author
March 7, 2017
Previous
Why Ecuadorians Don’t Trust the Election Results
Next
Ana Olema: Startups Are My Art
You might also like
One of the following
April 14, 2022