Fear Mongering Is All Ecuador’s Socialists Have Left

Guillermo Lasso Is the Target of Projection from Corrupt Insiders 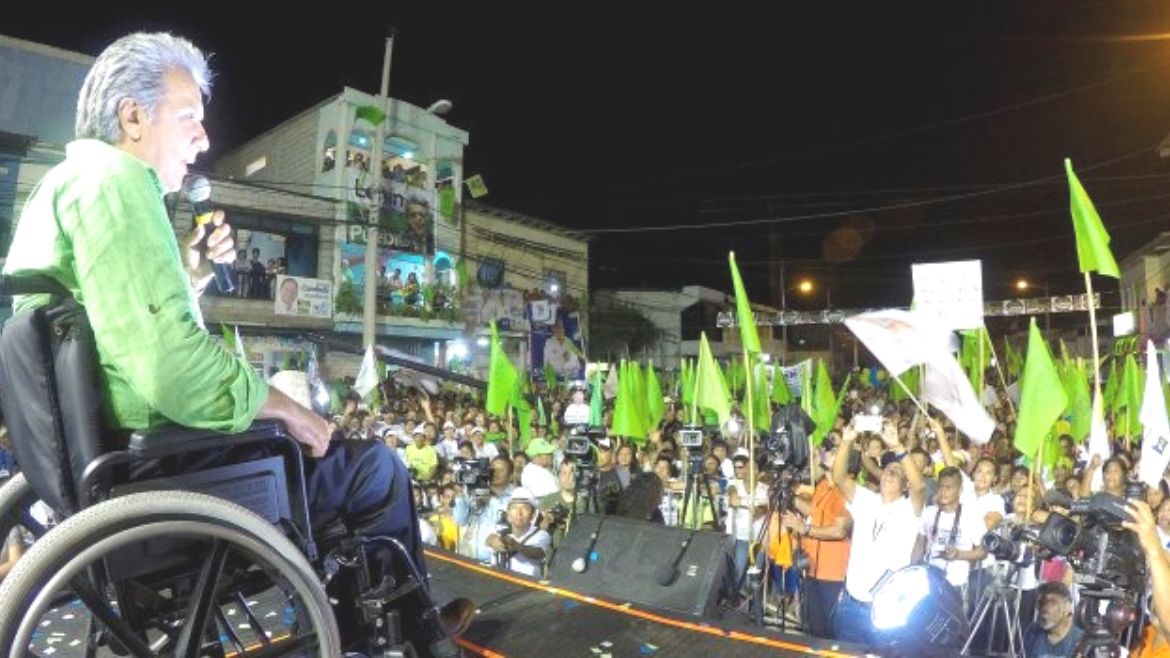 Lenín Moreno will face Guillermo Lasso in the second round of elections, to be held on April 2, 2017 (Andes)

Fear Mongering Is All Ecuador’s Socialists Have Left

After 10 years, in Ecuador, socialist Citizen Revolution is on the ropes. Correísmo is worn out, its promoters know it, and they are scared. In desperation, they are have resorted to baseless fear mongering.

In the recent elections, 60 percent of constituents voted against the left-wing ruling party’s presidential candidate, Lenin Moreno, who now must face the leading opposition candidate, Guillermo Lasso of the CREO party. Since most opposition candidates have pledged support for Lasso, Moreno’s chances look bleak.

While incumbent Rafael Correa came to power via a landslide, his performance in office has caused people to lose faith in his party, the PAIS Alliance. Given a contracting economy and gloomy outlook, citizens are eager for political change.

When you don’t have an attractive product to sell, you do all you can to demean and cut down your competitor. As Nazi propagandist Joseph Goebbels (1937) put it, fear is one of the five elements in persuasive propaganda. In this case, Moreno’s campaign is reviving tried and tested scare tactics.

Back in 2006, Correa used this tactic, playing to fears of a return to the past, to the “long neoliberal night,” to a country ruled by the traditional parties that only remembered the poor in election time, among other red herrings.

Riding the wave of sky-high oil prices and peak popularity in his first and second terms, Correa contrasted the seemingly unstoppable Citizen Revolution with his predecessors. His supporters even adopted the slogan, “The past will not return.”

Currently, Moreno’s campaign is resurrecting this fear-based tactic, warning of a return to Ecuador’s dark past. Although Moreno portrays himself as a man of “optimism and joy,” his message has been based solely on warning voters that, if Guillermo Lasso wins — the banker who promotes tax elimination and a smaller state sector — Ecuador will lose everything the revolution has achieved, especially for the poorest.

The basis for his argument revolves around the accusation that Lasso was among those responsible for the crisis of 1999 in Ecuador. However, Correa’s own administration conducted an investigation, and it concluded that Lasso had no hand in the matter.

In Moreno’s first video launched for the runoff election, for example, he points out:

“It’s time to reflect on the country we want. A homeland of citizens with rights, or a country where we are only looked at as customers. A human and caring society, or a country governed by an economic elite that only looks for the privatization of health and social security disguised as free zones.”

In the same vein, President Correa constantly reminds his Twitter followers of “the danger” that Lasso and the right represent:

Government strategists and candidates appear to lack self-awareness, with baseless accusations that project their own fears — of accountability for their own corruption and political failures.

Whoever wins the presidency, Ecuadorians deserve to know the truth. AP party officials should be held accountable for their mismanagement of public funds, lack of an independent judiciary, laws curtailing freedom of expression and association, the corruption of the Odebrecht bribery case, and many others.

As we near election day, their self-created plight only gets worse. Two weeks before the first round, we learned of corruption in the state oil company, Petroecuador with the “Capaya leaks.” Then this week, Pedro Delgado — Correa’s cousin who left Ecuador after being accused of embezzlement — blew the whistle on corruption from his co-conspirators.

While resorting to a campaign of fear against Lasso, AP has forgotten what they actually needed to do: campaign to win the support of the 60 percent of Ecuadorians who voted for a change in the first round.

Their fear of being discovered could cause them to self-destruct in the remaining three weeks. Their deceitful “strategy” could still prevail, but while they try to scare the public, they are putting their own fears on full display.