Dollarization the Cure to Venezuela’s Hyperinflation 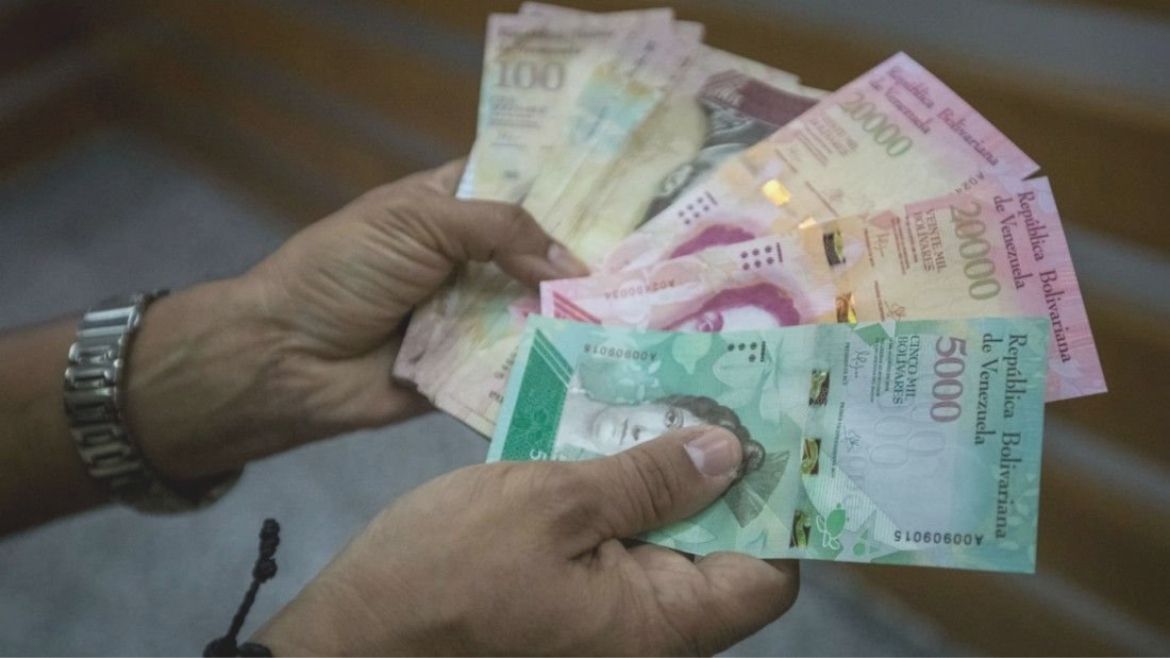 Dollarization the Cure to Venezuela’s Hyperinflation

Beginning in June, the South American country will have a new currency called the “sovereign” bolívar, because evidently the current bolívar fuerte (strong) isn’t living up to its name. One sovereign bolívar will trade for 1,000 of the old bolívares.

This single change will bring about “a definitive and structural solution to provide stability to the country,” Maduro claims, while leaving all productivity-crippling interventions intact.

In reality, yet another manipulation of the economy is bound to create more problems than it solves. It’s not like Venezuela hasn’t attempted this already.

The late socialist leader Hugo Chávez, Maduro’s predecessor, originated the bolívar fuerte with the same monetary gimmick in 2008. It halted inflation for a short time, at least the face value, but it did nothing to reduce the impact of the countless disastrous economic policies enacted by the Chavista regime.

Ten years later, Venezuela’s situation is the exact opposite of development and stability.

The annual inflation rate is 7,849 percent, according to a calculation by economist Steve Hanke of the Johns Hopkins-Cato Institute Troubled Currencies Project. Due to the government’s intrusion in all aspects of life, more than 1.5 million Venezuelans have fled the country deep in a humanitarian crisis.

Those Venezuelans fortunate enough to have savings store them in US dollars and whatever cryptocurrencies they can get their hands on. The bolívar is so worthless that not even burglars bother to rob it anymore.

Maduro is right about one thing: the current currency has ceased to serve the needs of Venezuelans. But claiming that a new one which remains under the control of the same incompetent and destructive Chavista regime will magically bring trust in money back is either madhouse delusion or perverse lying.

Expectations about the future purchasing power of a currency affect its demand today, which in turn determines its relative price with respect to other currencies as well as goods and services. Therefore, changing the nominal value of money by removing three zeros is useless as long as confidence in monetary authorities is not restored.

The best way out of Venezuela’s monetary quagmire is dollarization, for it will instantly restore trust and solve hyperinflation. Replacing worthless bolívares with US dollars would, in Hanke’s words, provide “discipline and bring back rules to the system of government.”

In Ecuador, for instance, the 1999 dollarization has brought economic stability, kept inflation at bay, and even neutralized the effects of plenty of misguided policies introduced by former President Rafael Correa, a Maduro ally. 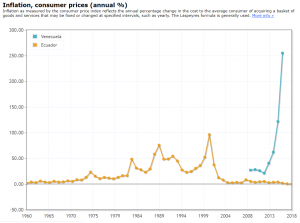 Inflation in Ecuador and Venezuela. (Indexmundi)

That solution is unlikely to come from the Chavistas, who don’t want to give up power over money creation. While the future of Venezuela continues in the hands of Maduro and his socialist cronies, all the country will get are patchwork solutions that just prolong the misery.

This article was first published by the American Institute for Economic Research.