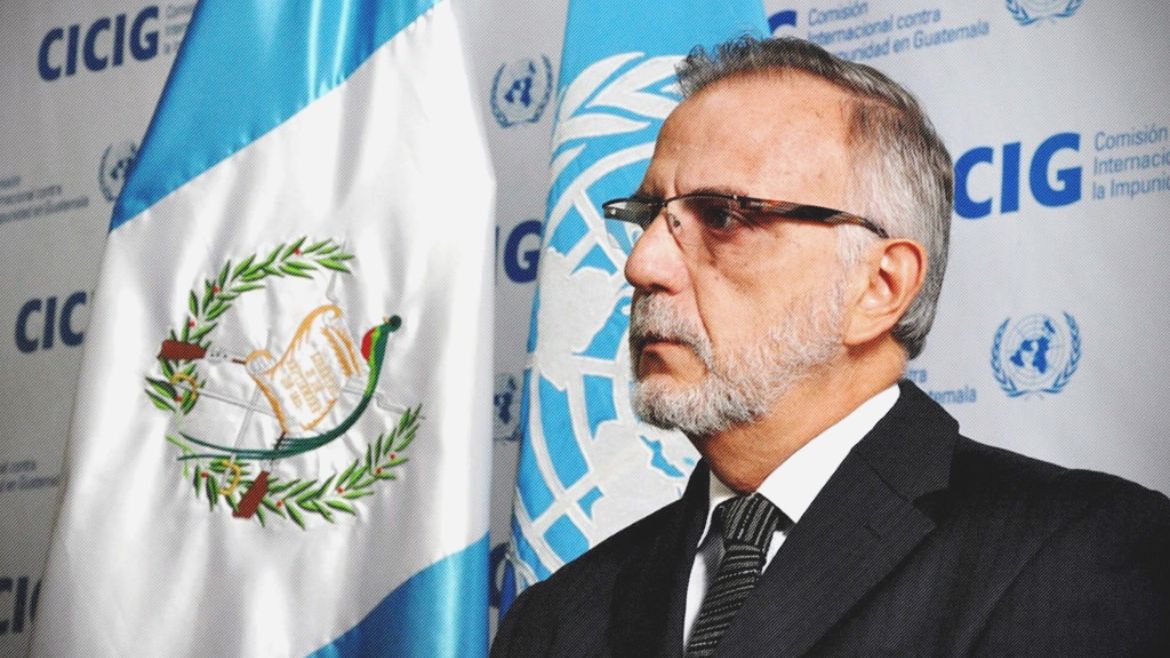 One of the latest individuals to take on the caudillo role in the judicial realm is Iván Velásquez. (CICIG)

Latin-American caudillismo has historically granted unlimited power to governments under the guise of protecting the common folk from made-up enemies. This populist tradition allows officials to trample key democratic institutions such as the rule of law, checks and balances, and property rights.

The desire to elect heavy-handed leaders that fight for social justice—for disadvantaged groups and against the wealthy—has led Latin America to populist regimes, corruption, weak institutions, and economic instability. One of the latest individuals to take on the caudillo role in the judicial realm is Iván Velásquez, a former Colombian judge and current chief of a UN anti-impunity commission in Guatemala, the CICIG.

Although Velásquez has received recognition for defending human rights and fighting corruption in Colombia, several irregularities tarnish his career. Akin to a politician running for office, he has amassed both supporters and opponents in Colombia and Guatemala as he steers CICIG’s operations to grant impunity to his Marxist allies.

Documents and testimonies regarding Velásquez’s wrongdoings in Colombia, before he became CICIG commissioner, paint him as a thinly veiled supporter of the Colombian Marxist guerrillas. He has allegedly protected guerrilla members in several judicial cases by tampering evidence and testimonies, violating due process when it served their cause. These events have become particularly relevant now that Guatemalan civil-society organizations, such as the Liga Pro Patria, are publishing reports denouncing similar patterns at the helm of the CICIG.

Velásquez likes to describe himself as a social-justice advocate, recalling his youthful human-rights activism, although offering scant details. Óscar Platero, a Guatemalan criminologist, explained to Econ Americas that Velásquez in his early days belonged to leftist groups that supported Unión Patriótica—a Colombian political party that sprung out of the country’s two largest and deadliest guerrillas, the ELN and the FARC.

Among the many links between Velásquez and Unión Patriótica was the activist and intellectual Heliodoro Rojas Oliarte. In an interview, Velásquez himself admitted that Rojas was an important influence on his life and career, since they forged a close relationship while he was preparing for college.

By masquerading his affiliation to a guerrilla group with the “human-rights activist” label, Velásquez began his judicial career as a prosecutor in Antioquía, Colombia, from 1991 to 1994. This position, according to Platero, granted Velásquez a useful platform to help his ideological allies.

As a prosecutor, he founded an office to investigate and assist all complaints related to human-rights abuses, particularly torture and violence committed by counterinsurgent groups that appeared to combat Marxist guerrillas. During this period, Velásquez revealed that drug lord Pablo Escobar and his team were comfortably living in a luxury prison. The ensuing scandal of La Catedral prison, from which Escobar later escaped, embroiled several judicial officials. Velásquez avoided indictment, and he became a key player with the negotiations and recapture of Escobar in 1993.

In 1996, Iván Velásquez became an assistant judge with Colombia’s Council of State. One year later, Colombian Attorney General Alfonso Gómez Méndez—nicknamed the “narco prosecutor” for his ties to the FARC—appointed him to regional director of prosecutors in Medellín.

According to Platero, “Gómez Méndez picked Velásquez due to his background as an activist in groups connected to the FARC and the Colombian guerrillas.” At his new post, Velásquez’s main goal became a battle against paramilitary organizations known as autodefensas. Therefore, the second step to constructing a social-justice caudillo image was his in-depth investigation of paramilitary groups, identifying the flow of more than US$9 million through 43 firms and 495 bank accounts.

But not until 2000, when he got appointed to the country’s Supreme Court as an assistant judge, did Velásquez really get enough power to interfere in major cases and protect his allies.

An ominous tool came his way five years later. A judicial reform allowed judges to condemn suspects based only on testimonies, without hard proof. Judges soon took advantage of this, forming what the Colombian journalist Ricardo Puentes Mello dubs the Robes Cartel. They began employing fake witnesses and fabricating evidence to help the guerrillas and harm their enemies or anyone that stood in the way.

Puentes Mello explains that these judges traded favors and blackmailed those standing trial, asking for huge amounts of money. “Rulings had different prices depending on whether one was a circuit judge, enforcement judge, or district judge. The price for a Supreme Court ruling was US$1 million.”

A probe identified several members of this cartel, including two former presidents of the Supreme Court who are currently serving time in prison. PanAm Post contributor and Colombian attorney Felipe Fernández told Econ Americas that Velásquez was also investigated due to his proximity as an assistant judge, but was acquitted.

Even though Velásquez survived another scandal, subsequent investigations put him again at the center of suspicious practices. This occurred during his time as the director of a commission to investigate politicians involved with paramilitary groups, from 2006 to 2012.

The case of former Conservative Party Senator Ciro Ramírez Pinzón, for instance, suggests  Velásquez manipulated testimonies to fit a preconceived narrative. After listening to a single witness, the commission ruled that Ramírez Pinzón was a parapolítico. However, when the witness recanted, instead of throwing out the testimony and sanctioning him for lying under oath, the commission gave him the chance to testify a second time.

Colombian Senator María Fernanda Cabal told Econ Americas that paramilitary members admitted in recordings that Velásquez met with them to drink in an attempt to collect testimonies. “But he was not allowed to do that due to his position as an assistant judge with the Supreme Court. With those actions, he reduced his standards and lost credibility,” the senator asserts.

Cabal also pointed out that far-left groups visited paramilitary members in jail and recorded videos of the prisoners. Two days later, Velásquez went to the same jail. “It was very suspicious,” questioned Cabal, “because he was basically trying to legalize the previously gathered evidence.”

A photo that circulated widely in Colombian media in 2011 (seen below) was another reason to question Velásquez’s impartiality. The picture shows Velásquez posing alongside León Valencia, former ELN guerrilla combatant, Iván Cepeda and Claudia López, leftist senators supported by Colombian guerrillas, and Natalia Springer, a political scientist under investigation for corrupt dealings with the attorney general’s office.

Gustavo Petro, a former member of the M19 guerrilla, Bogotá mayor, and presidential candidate is another close ally of Velásquez. In 2012, he appointed Velásquez to the city’s legal team and even asked him to be his running mate at the last presidential elections.

Óscar Platero exposes their long-term relationship in a self-published article. He explains that Velásquez intervened in the probe on the 1984 Palace of Justice siege to dismiss charges against members of the M19 guerrilla, including Petro.

Moreover, Platero asserts that Velásquez also forced charges on the Colombian army officers who fought and recovered the Palace from the guerrilla. Exiled Colonel Alfonso Plazas Vega, who was in charge of that mission, claims that a shady prosecution led to his conviction.

These are not the only events that call into question Velásquez’s legacy. Many Colombians keep demanding answers and deeper investigations into his actions. One thing is clear: Velásquez leaves loose ends when convenient and fails to hold his ideological allies to the same standards of justice.

As with political caudillos, many Latin Americans, particularly in Guatemala, want to view only one side of Velásquez. But they ignore the long list of wrongdoings at their own peril, falsely believing that in the fight against corruption anything is justified—even violations of a basic human right such as a fair trial.

We should never forget that due process guarantees us equality before the law, our rights and liberties. It should, therefore, be inviolable for anyone, even for justice Quixote, as Petro calls his friend, Iván Velásquez.

Paz Gómez
July 26, 2018
Previous
Iván Velásquez, un caudillo de la justicia
Next
“Equalization” Will Come Back to Bite Canadian Provinces
You might also like
One of the following
January 1, 2021